Always happy to spend time in Atlanta, where culture is king-where else can you get vegan soulfood and raw southern cuisine that taste heck good?  (Ok maybe in Brooklyn too).  By chance two of my works where being produced and performed at the same time-my Play Fetch Clay, Make Man at True Colors, and at Spelman College, my Solo piece Flow (which has been reimagined as an ensemble work and done at colleges and theater throughout the country-who would’ve known?). 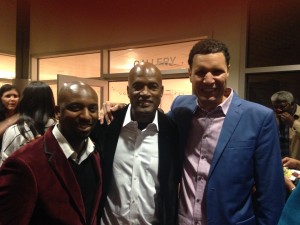 Also my Mom lives down there, so was able to see her which was and is always special.  The opening night of Fetch Clay was awesome, with the crowd of mostly African-Americans giving so much love and vocal feedback back to the actors.  The Superman shows I wasn’t able to attend, but did sit in on a rehearsal, and very much enjoyed meeting and connecting with the students from Spelman and I assume Morehouse and Clark that skillfully brought the piece to life in 2015.  Some of the issues I was exploring in the work 10-12 years ago are still very relevant today-in a way that’s a bit depressing but perhaps it’s a good thing that young folkscan find these older works that speak to them and utilize them to carry on and continue to push for social and spiritual change. 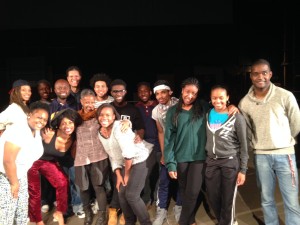